It was during the reign of Henry IV of Spain when the first stage of building was initiated with the erecting of a house-cum-fort, which was highly characteristic of the Cáceres of the 15th century as defence from the attacks of other nobles was necessary. This stage can today be identified by the machicolations which defend the sides of its tower.

The remainder of the façade corresponds to the second stage of building. The work begun by Alonso Golfín in the 15th century was completed in the early 16th century by his son Sancho de Paredes Golfín, who is responsible for the termination of the building and its plateresque façade. 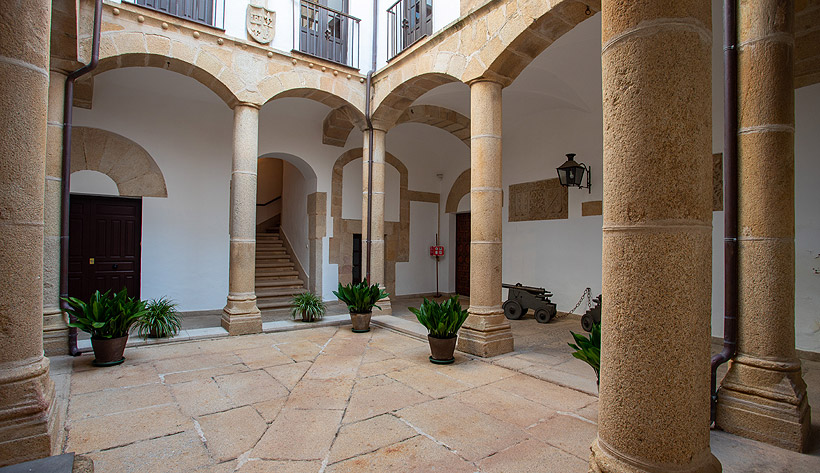 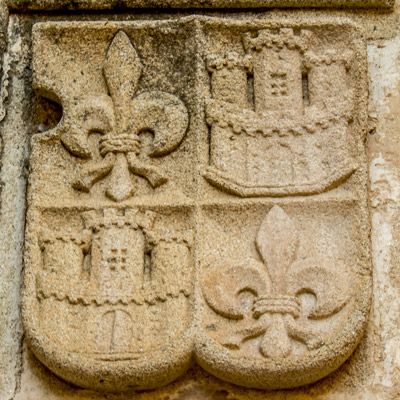 Subsequently it was gradually expanded as is usual with this type of construction.

Its lower part includes the doorway of access to the palace with its semicircular arch flanked by the coats of arms of the two families who financed the work. The right-hand one is that of the Cuellos belonging to the wife of the chamberlain, Isabel Cuello (a rampant lion with a collar), and the left-hand one that of the Golfines (a cross with two fleurs-de-lis and two castles).

Over the doorway, at the highest part there is a mullioned window with Gothic tracery and a marble mullion with an Ionic capital. Furthermore, over the window can be seen the coat of arms of the Catholic Monarchs crowned by a cross to indicate that this palace lodged their royal highnesses on two occasions in 1477 and 1479.

On the lower part of the window there is a coat of arms of the family with putti or cherubim supporting it and lower down one of the inscriptions which have not yet been interpreted with any certainty: “Fer de Fer”. It may refer to Fernando Golfín, who was the squire of the Infante Fernando (Ferdinand), or represent a symbol of the prestige of the Chamberlain in allusion to his links with Ferdinand the Catholic and his grandson the Infante Fernando. 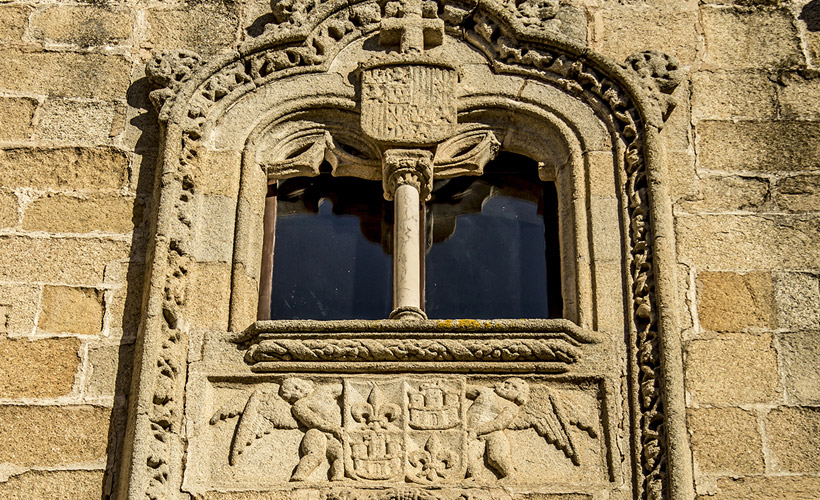 On the left of the façade a tower bears the family coat of arms, a helmet beneath a hand brandishing a sword; the whole is flanked by adornments and worked plumes.

Below can be seen a second inscription within a frame which reads: THIS IS THE HOUSE OF THE GOLFINES to indicate the ownership of the palace.

In the upper area two medallions show the busts of two celebrities of antiquity, Trajan and Judas Macabeus, who were considered to symbolise justice and strength. 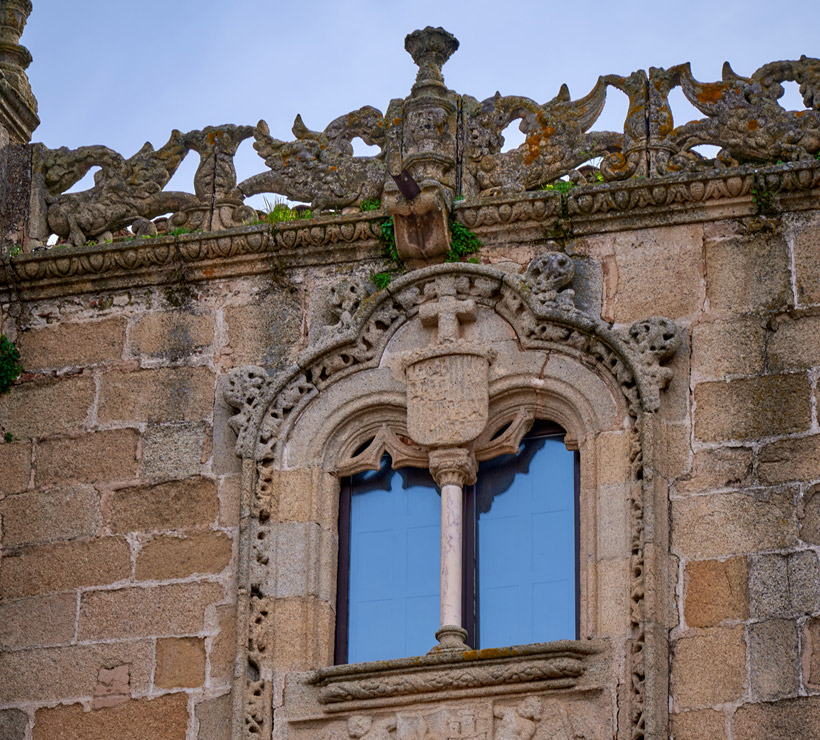 The facade is crowned by a cresting of granite consisting of figures of griffons among burning candelabras, winged beings with feathered bodies, feet transformed into plants, tails of snakes, and heads with jaws open in aggressive poses.

According to some historians the construction could be attributed to Pedro de Ibarra judging by the work he also carried out on the Torre de Santa María and in other places in the province, or also to the sculptor Alonso de Torralba and the stonemason Gonzalo Romero.