According to the 16th-century Arms Hall, Pedro Domingo Golfín, the Lord of Torre Arias, is the first member of the lineage of the Golfín family in Cáceres. In the second half of the 13th century documents mention the marriage of Alfón Pérez Golfín and María Gómez Tello, from whom the family established in Cáceres descends.

In the late 15th century the family divided into two branches; the first-born Lord of Torre Arias built as his home the Palacio de los Golfines de Abajo, and his brother the Lord of Casa Corchada that of the Golfines de Arriba near the Plaza de San Mateo.

In the early 18th century the two branches came together again owing to the marriage of their first-born García Manuel Golfín del Águila and Juana María Golfín and Solís.

The origin of the Golfín family and its appearance in Spain are both uncertain; it is thought that the lineage dates back to the early 13th century is of French origin. 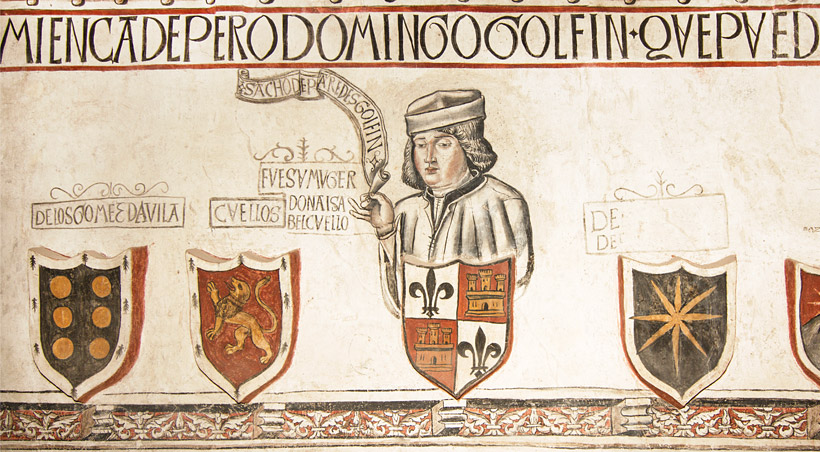 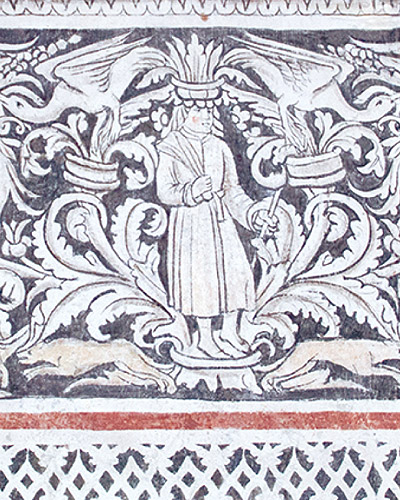 The first builder of the Palacio was Alonso Golfín in the 16th century. He supported the Catholic Monarchs in the War of Spanish Succession after the death of Henry IV of Spain. Owing to his relationship of friendship and vassalage with the Monarchs, the latter stayed at his house during their two visits to Cáceres. Moreover, he established the entailed estate system according to the Royal Power of 16th July 1485 as a means of maintaining the family heritage and power.

One of the most noteworthy members of the dynasty was the son of the above, Sancho de Paredes Golfín, who lived in the 15th and 16th centuries. He was the Chamberlain of Queen Isabella I of Castile and moreover one of the signatories of her historic will in Medina del Campo. He was also the Chamberlain of the Infante Fernando, the grandson of the Catholic Monarchs, and a gentleman-in-waiting to Queen Joanna I of Castile. After his posts at court he returned to his residence of origin in Cáceres where he began to extend the family heritage with the purchase of land and other assets. 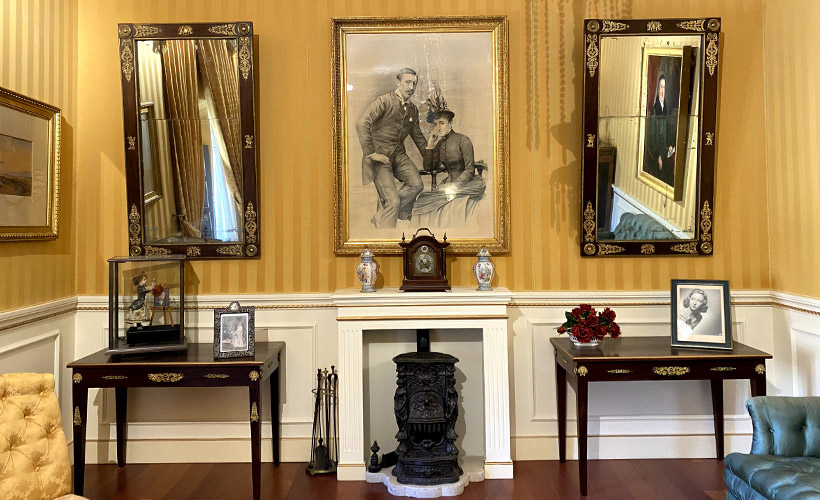 In 1788 Pedro Cayetano Golfín y Colón married María Asunción de las Casas and Mendoza, the IV Marchioness of Santa Marta. Considered in his day to be a grandee of Extremadura, he helped his people enormously during the Peninsular War against the French.

In the mid-19th century María de la Concepción Gordón y Golfín married Enrique Pérez de Guzmán el Bueno y Gallego, a Cordovan gentleman who was a son of the Count and Countess of Villamanrique del Tajo. They were descendants of the Defender of Tarifa and of Leonor López de Córdoba, the intimate adviser of Queen Catherine of Lancaster. 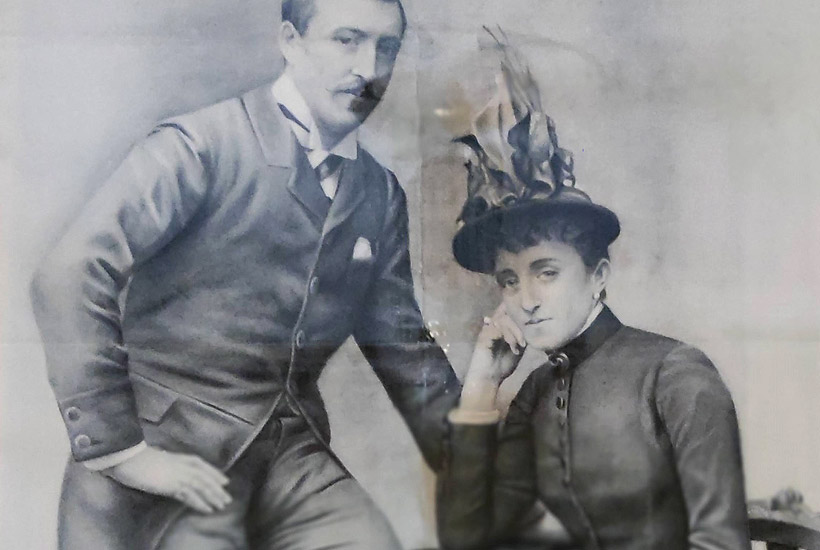 The marriage of the grandparents of Tatiana Pérez de Guzmán el Bueno brought the marquisate of Torre de Esteban Hambrán through her grandmother María Salabert y Arteaga. King Alfonso XIII appointed them Grandees of Spain of the estate of Torre Arias.

Tatiana Pérez de Guzmán el Bueno y Seebacher was born in San Sebastián on 26th October 1923, although she lived in Madrid all her life. On the death of her father, Alfonso Pérez de Guzmán el Bueno y Salabert, she inherited the family titles and heritage; as her marriage to Julio Peláez Avendaño had no issue they decided to establish the Foundation. In this way the family heritage would be preserved and placed at the service of society with its numerous initiatives.