The Museum was inaugurated in September 2015.

It is part of the legacy of Tatiana Pérez de Guzmán el Bueno y Seebacher, VIII Countess of Torre Arias and a Spanish Grandee, Marchioness of Santa Marta, and Marchioness of La Torre de Esteban Hambrán.

The Foundation which bears her name was established on 9th April 2012 as a non-profit-making institution with the commitment of administering the inherited heritage and with the clear vocation of serving society. Its objectives include the restoration and preservation of this heritage and artistic and scientific-historical research into its legacy. Although the Foundation was born in Madrid and has its headquarters there, other cities such as Cáceres, Córdoba and Avila are   also of paramount importance owing to their links with the history of the founder and her family.

Discover the Palace room by room

Click here to find out
more information about each room.

The entrance hall contains examples of palace decoration such as portraits of a private and institutional nature, small decorative sculptures, mirrors, and furniture of the period in addition to a magnificent 17th-century tapestry by Jan Aers. 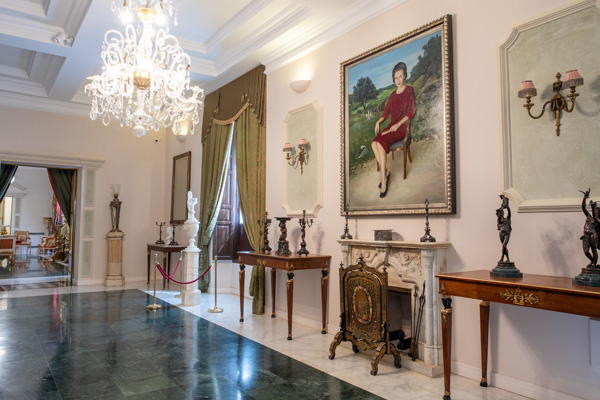 This is the largest room in the house and holds exquisite pieces such as mirrors and glass and bronze articles. It is noted for its Louis XVI suite of furniture with its striking upholstery to match the curtains in which family coats of arms and mottoes stand out. 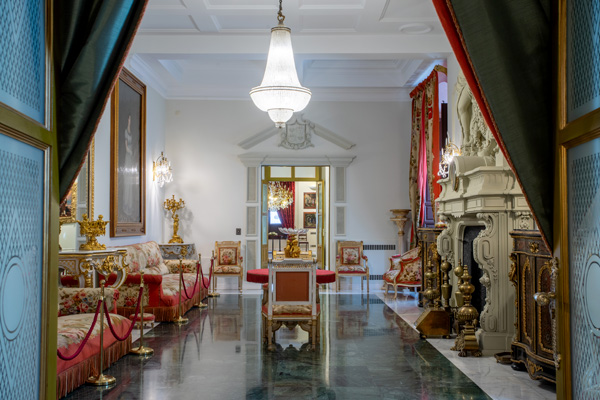 The antechamber is a small room which appears in the 19th century to separate access to other rooms. It is noteworthy for the magnificent painting by the Flemish artist Frans Snyders. 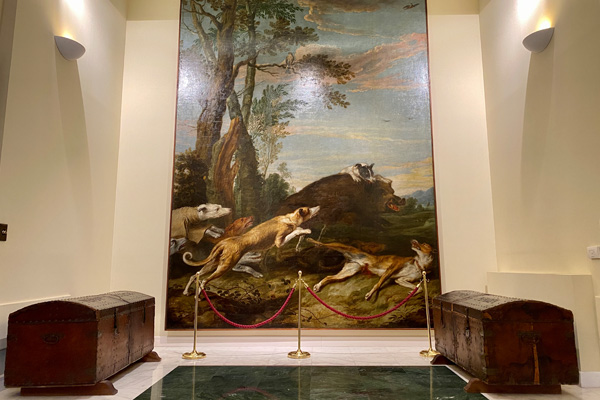 This hall reflects the history of the heritage received owing to titles and inheritances: tapestries, lamps, bronze articles, console tables, sculptures, and paintings. It is noteworthy for the 17th-century Flemish copper articles and the magnificent tapestry by Willem van Leefdael. 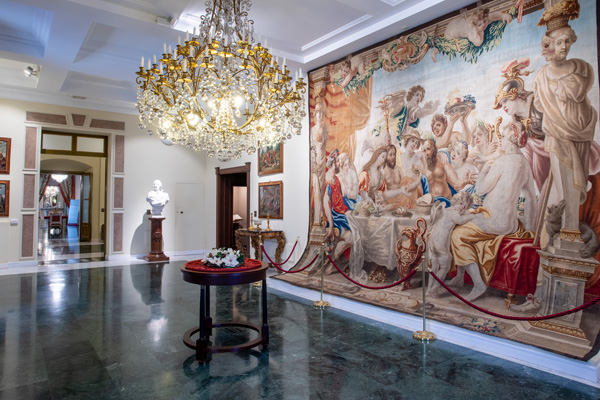 The arms hall and its antechamber are the oldest rooms in the palace and date back to the 16th century. Their decoration includes a portrait gallery of the members of the Golfín lineage in the style of the late medieval palaces of Castile. 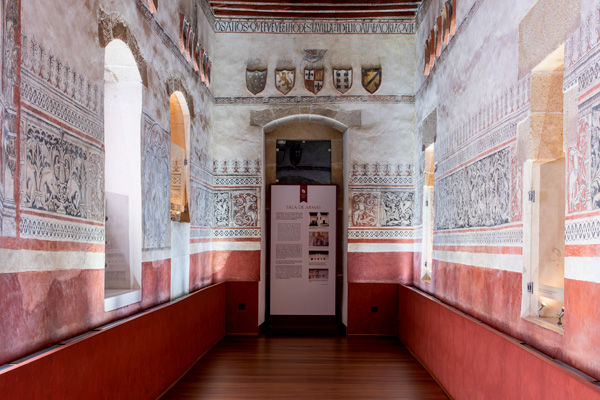 The imposing patio of the palace maintains the two floors of arcades with the coats of arms of the Golfines, two cannons produced in Flanders in the 16th century, and a tombstone with the inscription “Here the Golfines await the Day of Judgment”. 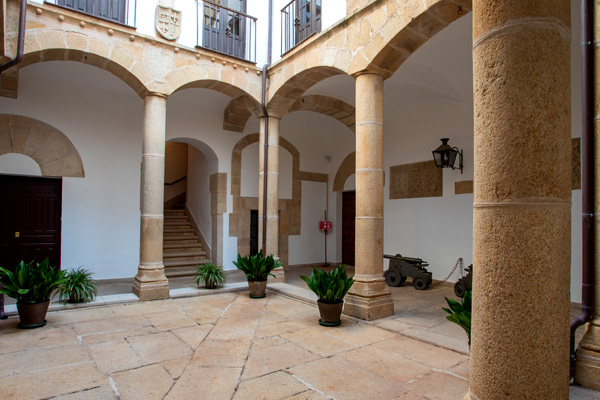 Click here to find out
more information about each room.

Both the stairway and the passageways are adorned with the standards displayed by the heraldic coats of arms of the family titles and lineage of the Golfines, which is one of the oldest in Spain. 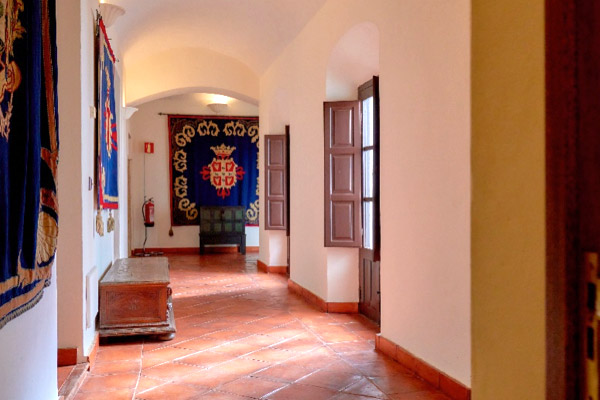 The oratory contains a surprising series of 16th-century historical relics. Later 18th-century relics are also on display together with a 17th-century canvas representing the stigmatisation of Saint Francis. 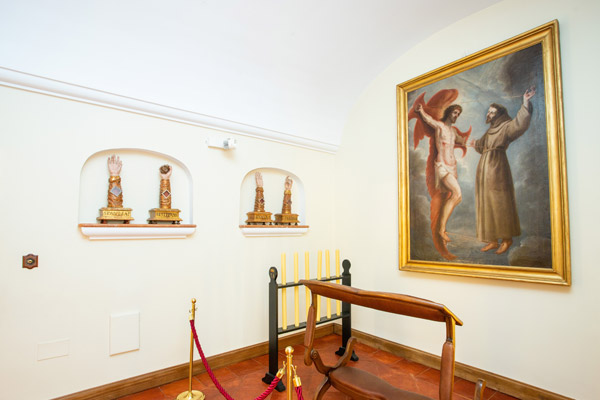 Alongside the oratory we come to the vestry of the Palace, a small space in which various historical liturgical objects are displayed. 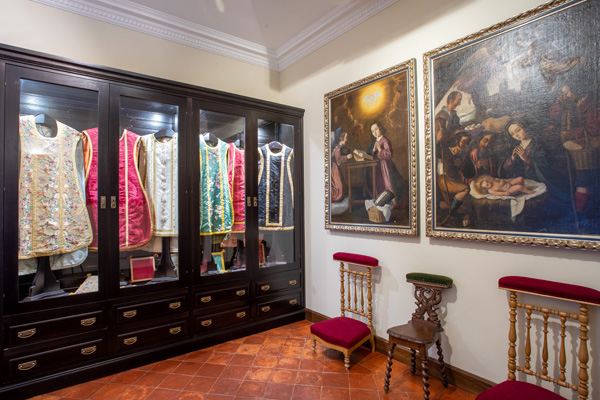 The use of a space for exhibiting hunting trophies and weapons derives from the traditional fondness for hunting of the monarchy and the nobility. The hall shows a number of items for the practice of blood sports and open-air activities. 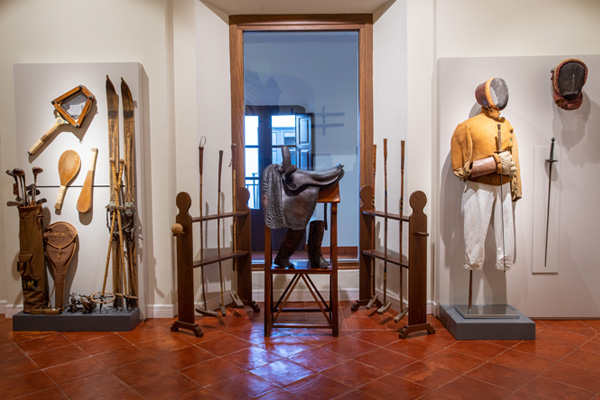 One of the most intimate and welcoming rooms in large palaces was the study. Together with some portraits such as that painted by José de Madrazo, personal objects are displayed such as a French robot doll, books, and other private items. 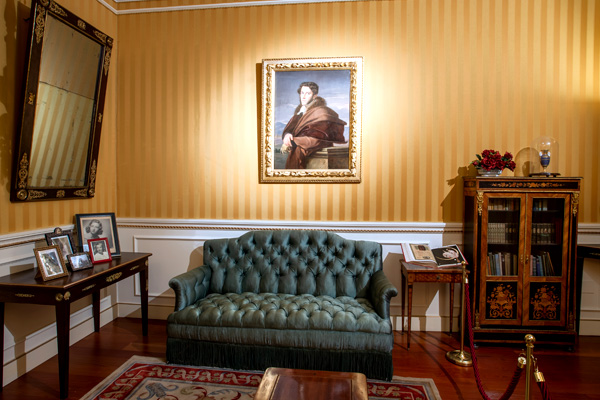 The codices and documents on display in this room come from the extensive collection of the family archive and allow us access to relevant personages and events of the history of Spain from the 14th to the 18th centuries. 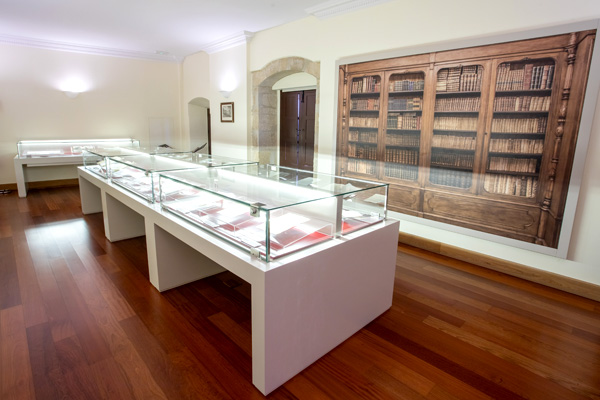 Visit the Palace from home

Check our visiting hours and fees

Would you like to visit the Palacio de los Golfines de Abajo?

Book your tickets now from here.