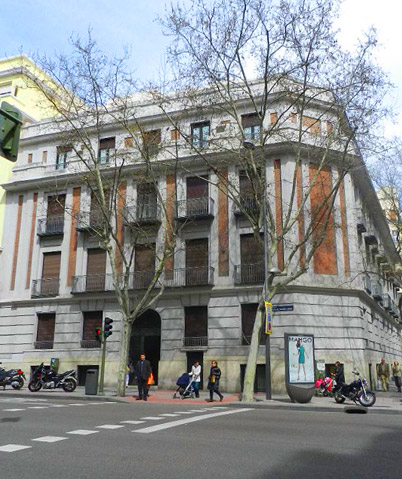 Tatiana Pérez de Guzmán el Bueno y Seebacher was born in San Sebastián on 26th October 1923 but lived in Madrid all her life.

Tatiana was of a family of ancient lineage from the history of Spain which dates back to the Golfines of Cáceres of the 13th century and to the Pérez de Guzmán el Bueno family of Córdoba, which descends from the Defender of Tarifa and Leonor López de Córdoba, the favourite of Queen Catherine of Lancaster.

After a childhood and youth lived at the family home in Calle del General Martínez Campos in Madrid, in 1949 she married Julio Peláez Avendaño, a physicist by profession who inculcated in her a love of science and research.

In 1953 the couple settled on the Madrid estate of the Quinta de Torre Arias where they developed a love of nature. After the death of her father in 1977 Tatiana became the VIII Countess of Torre Arias and Grandee of Spain, the XI Marchioness of Santa Marta, and the Marchioness of La Torre de Esteban Hambrán.

Eventually Tatiana Pérez de Guzmán el Bueno and Julio Peláez decided to set up a foundation which after their death would preserve the family heritage and make it productive to the benefit of society. After the death of her husband in 2003, Tatiana returned to her house in Martínez Campos and subsequently constituted the Foundation, of which she was the first president.

Tatiana Pérez de Guzmán el Bueno died on 1st October 2012 leaving her inheritance to the Foundation which bears her name.

In this way everyone can enjoy visiting one of the most emblematic palaces in Cáceres, which is a World heritage Site.